Development of MAN factory in Kraków Technology Park in Poland

The expansion of the MAN truck factory in Niepołomice is one of the most important investments in the Małopolska Region in Poland. At present MAN in Niepołomice gives work to nearly 1000 people, but thanks to the investment, the company plans to employ 2500 people. 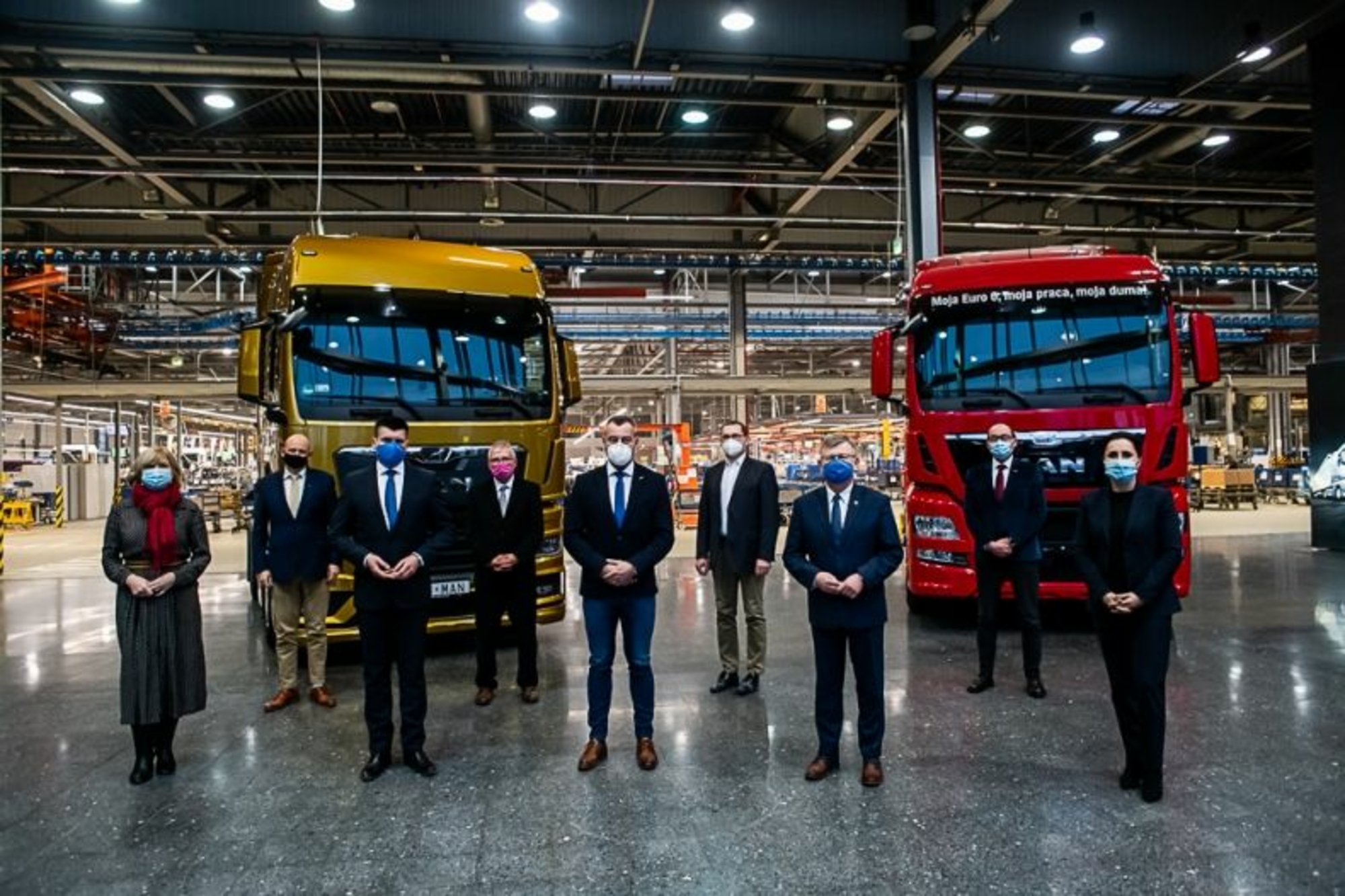 The development of the company is important from the point of view of employment, which the inhabitants of Małopolska will find here. MAN wants to increase the production of vehicles to 300 units per day in 2023, and thus the demand for employees will increase. Małopolska is a very attractive place for entrepreneurs, that is why they are more and more willing to invest in our region - says Marshal Witold Kozłowski.

The expansion of the MAN truck factory in Niepołomice is one of the most important investments in the region. The professional activation of workers from neighbouring regions is also important. At present MAN in Niepołomice, gives work to nearly 1000 people, but thanks to the investment, the company plans to employ 2500 people.

Production of trucks began in 2007 and MAN has so far invested a total of €144 million in the Niepołomice plant. Meanwhile, daily vehicle production has reached 120 units. The company plans to increase this figure to 300 trucks and 200 cabs per day, to expand the hall and machinery park, and thus to increase the area of the plant to 410,000 m2.

MAN has set its sights on Małopolska, and this is a great opportunity for our region, both in the area of economic development and strengthening the image of an attractive investment location - adds Deputy Marshal Łukasz Smółka.

Under the "Programme for Local and Regional Railway Infrastructure Completion - Railway+ until 2028", the Małopolska Region has submitted a project entitled "Construction of a railway connection between Krakow and Niepołomice".

Three investment variants were analysed. In accordance with the terms and conditions of the call, PKP PLK will analyse formally the planning documents submitted by all applicants, and then carry out a multi-criteria assessment, on the basis of which it will draw up a ranking of all submitted projects.

Depending on the results, the region will decide on further actions related to the implementation of projects, which will depend on the financial capacity of the region.