Towards a digital world based on values - this is the main message that will guide the participants of CYBERSEC CEE Regions & Cities in Krynica-Zdrój/Poland for three days in September. As one of the most influential conferences in Europe, its mission is to strengthen and highlight the potential of interregional cooperation and regional opportunities of Central and Eastern Europe. Małopolska Region as the Main Institutional Partner wants to deliver on its commitment to support a responsible and people-centred digital ecosystem. 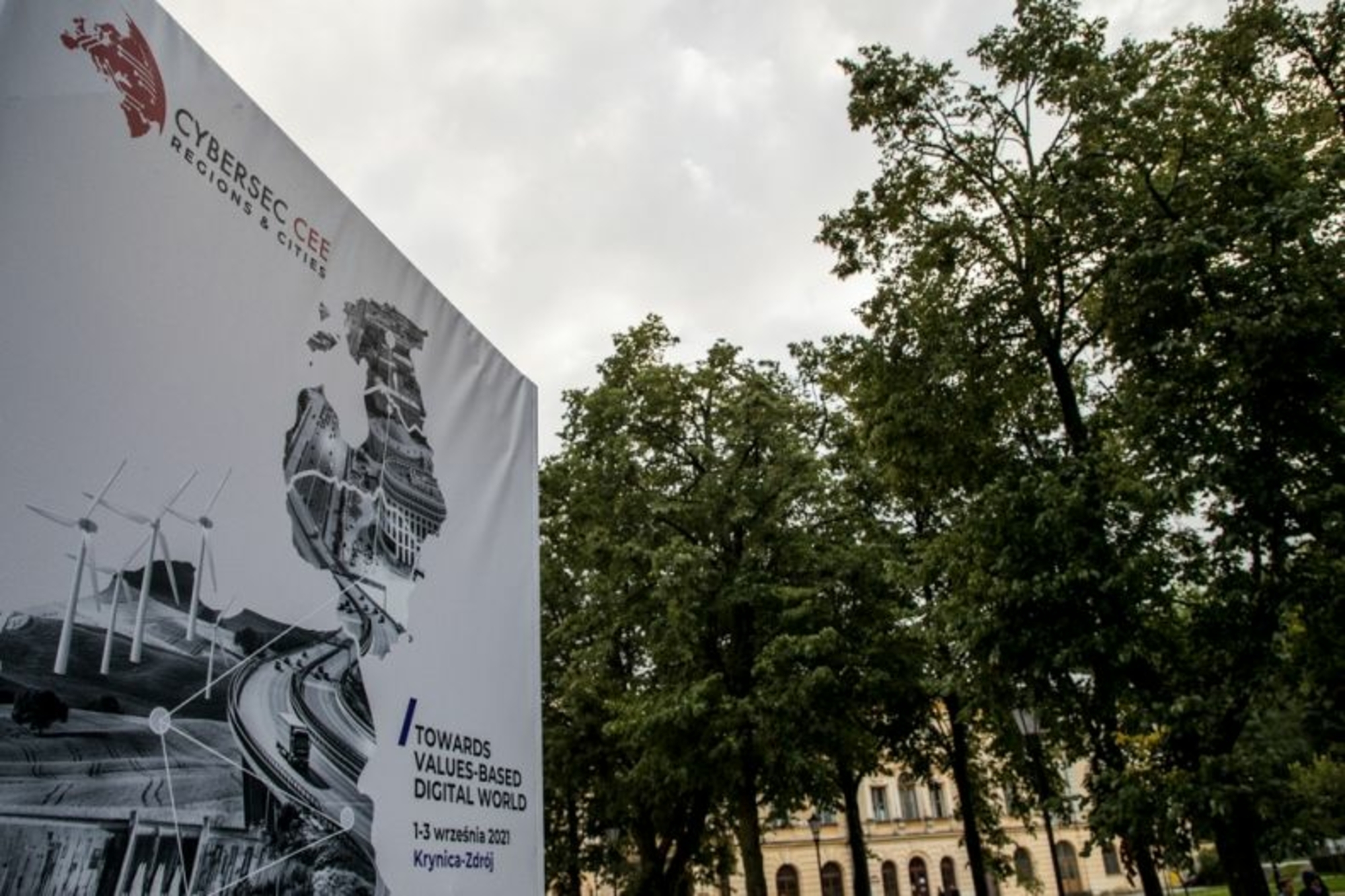 During the conference there will be plenty of speeches and discussion panels on four stages with participation of several hundred people on-site and on-line. Among the many events, we would particularly like to invite you on the second day, Thursday 2 September, at 4 p.m. to a discussion entitled "Building the Cyber Security Capability of Local Governments", which will be moderated by Marshal of  Malopolska Region Mr. Witold Kozłowski. This will be followed at 5 .m. by the workshop "Cyber security of local government in Poland" with the participation of decision makers.

In addition, as part of discussions devoted to the issue of cyber security, at 3.30 p.m. there will be a panel discussion "The economics of cyber security - to buy, build, insure or outsource?", which will be attended by Ms. Marta Malec-Lech from the Board of the Region.

The second day of the conference also features panels on climate policy. The discussion at 10.00 a.m. "The European Green Deal - objectives and challenges, how to incorporate them into regional climate policy?" will be attended by the voivodeship councillor Mr. Robert Bylica. We would also like to invite you to a discussion on the Fair Transformation Fund and tools to mitigate the negative effects of the energy transition, which will take place at 4 p.m. and to a discussion on space technologies, which are an opportunity  for our region. The panel "Małopolska of the 21st century. Space technologies as a chance for the region's development leap" will begin at 4.45 p.m.

On Friday, 3 September, at 9.00 a.m., a discussion is planned on adapting the education system to the challenges of the new digital world. The Round Table of Rectors of Polish Universities will be opened by Marshal Witold Kozłowski. Then, at 12.45 p.m. a panel will be held devoted to the presentation of the effects of implementation of Małopolska Anti-Crisis Shield. Participants in the discussion will include Marshal Witold Kozłowski, Vice-Marshal Łukasz Smółka and Marta Malec-Lech from the Regional Board.

Among the accompanying events prepared by the Malopolska Region, we invite you to the grand finale of the Malopolska Festival of Taste. The power of culinary sensations will be provided by the excellent chef and ambassador of the event - Mr. Andrzej Polan, who, with his usual charm, will once again conjure up extraordinary  delicacies. The master's artistry and fantasy is limited only by one thing - in all prepared dishes, the main role is played by Małopolska regional and traditional products. The event will begin on Friday, September 3rd at 10 a.m. on Krynica's promenade.

The first weekend of September at the foot of Parkowa Mountain in Krynica-Zdrój is also the premiere of the European Running Festival (EFB), of which the Malopolska Region is the Main Partner. The participants of the event can look forward not only  to sports competition at the highest level, but also numerous concerts, competitions with prizes and plenty of festival attractions.